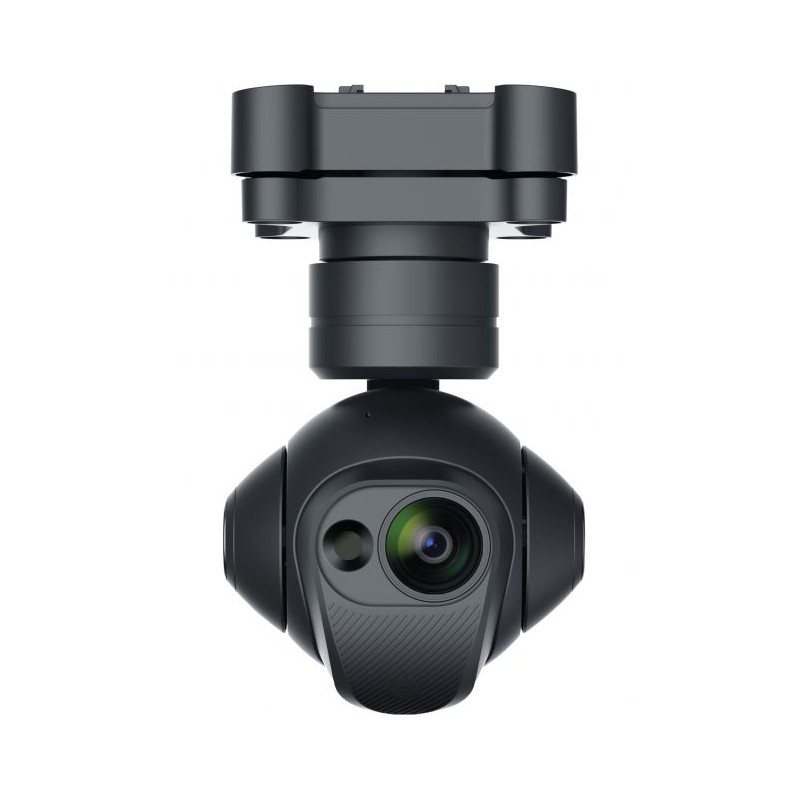 The CGOET is an innovative combination of a thermal imaging and a low light camera with a 3-axis gimbal, capable of a continuous 360° rotation. With the thermal imaging camera, the temperature in the image selectively measures and indicates relative temperature differences. The residual light IR lens has 20x higher sensitivity than the human eye and captures excellent images, particularly in low light conditions.

The quick release and lock mechanism of the gimbal and airframe mounting system enables fast and efficient exchange of cameras. Moreover, the CGOET camera-gimbal combination for the H520 may be swapped for an E50 or E90 camera-gimbal combo without power cycling the airframe.

The CGOET gimbal is capable of continuous 360° yaw axis rotation. This unique feature, when combined with the H520 or Typhoon H retractable landing gear, provides the operator with continuous 360 unobstructed camera view and the ability to continuously pan the camera without yawing the airframe.

Thermal imaging is of high-value for Solar Inspection, Law Enforcement, Fire Fighting, Search & Rescue and Construction. The Yuneec CGOET provides not only thermal images, but also low-light capability, designed for monitoring in twilight or dark environments. Both thermal and RGB images are simultaneously recorded to separate streams for ease of playback and editing.