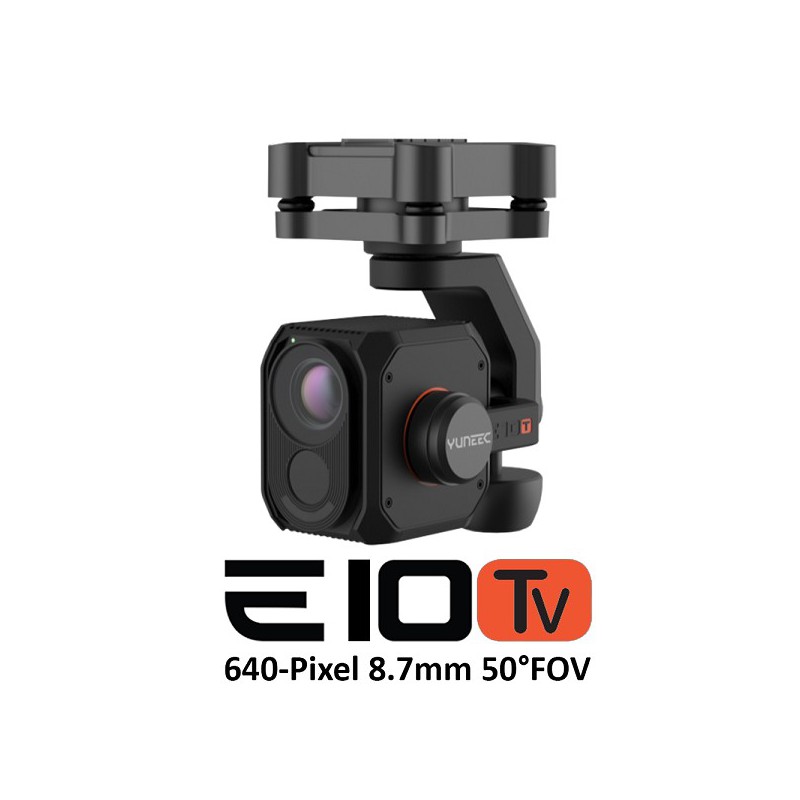 The E10Tv with FLIR® Boson sensor for the H520 Hexacopter is a stabilised 3-axis gimbal, thermal imaging and residual light camera all-in-one. The E10Tv is available with a 640*512 thermal imaging resolution. The E10Tv takes high-quality pictures and detects more details in the dark than the naked eye with the help of its large RGB sensor. Thanks to its dual video stream, you can stream the thermal and residual light image simultaneously to the remote control and then look at the image as an overlay or picture-in-picture. Furthermore, the E10Tv supports commercial applications such as mission planning.

The H520 Hexacopter was specially developed for inspection, safety, and search & rescue applications. With its multi-sensor compatibility, the H520 Hexacopter offers emergency services, firefighters, police and inspectors reliable and efficient air support in combination with the E10Tv thermal imaging and residual light camera. 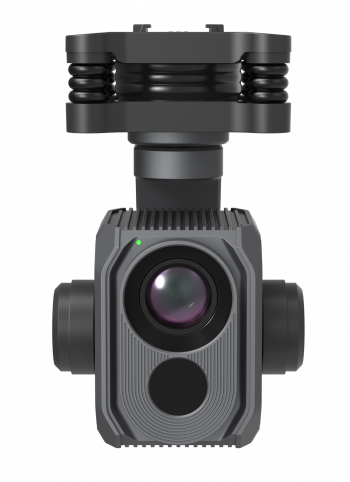 When searching for people, the drone enables you to look for people very quickly from the air with the E10Tv thermal imaging camera. In case of fires, fire hot spots can be detected and allows fast and efficient countermeasure against the fire, which can save lives.

The E10Tv camera/gimbal combination with FLIR® Boson sensor is stabilised via 3 axes and thereby provides a still image for inspection and stable pictures. Furthermore, the gimbal can be rotated 360° and provides a full panoramic view with the retractable landing skid.

The E10Tv can be ‘hot-swapped’ and can be exchanged with any other camera/gimbal combination compatible with the H520 such as the E90 1” sensor camera or the E50 inspection camera. The copter does not have to be restarted when changing the camera systems and prevents any forced breaks, which means that you can always work productively and effectively.

Everything at a glance